Oh no, JBL’s weight percentile is going down on the growth chart. What’s more, her elder sister looked chubbier than she was at this age. JBL has been eating, but I was probably more lax on her meal preps. Hence I started hunting for food ideas to buff her up. A fellow mummy’s doctor recommended cheese for her underweight baby who was less than a year old.

I was surprised to hear that. I’ve always thought that cheese and yoghurt can only be introduced to babies after 12 months old. Boy, was I wrong. MSF’s website (a Singapore government agency) suggests giving dairy foods like yoghurt and full-fat cheese when introducing solids to babies, at around 6 months old.

Cheese is a great source of calcium, protein, and vitamins, and I love cheese, so this is good news!

Just avoid introducing other new food along with the cheese. This is in case of any allergic reaction, such as rashes, swelling, vomiting, diarrhea, or in severe cases, difficulty in breathing. Visit your doctor immediately if severe.

Cheese making entails cooking the milk, adding starter culture (bacteria) to ferment the milk, and then enzyme to coagulate the cheese. The curds (milk solids) that formed must then be separated from the whey (liquid). From here on, the type of cheese varies depending on the process. I have over-simplified cheese making. If you are interested to find out more details, you can read up on allrecipes.com.

It’s good to have a general idea about the different cheeses before giving it to your baby, and this is what I set out to do with this article. Even though cheese can be given to babies from 6 months old, not all cheeses are created equal. Babies who are below 1 year old need to avoid certain types of cheese.

Processed cheese, such as Kraft Singles cheese spreads and slices, are made from the leftovers of natural cheese and processed further. Compared to natural cheese, this contains more salt, colouring, and preservatives to lengthen shelf life.

Natural cheese can be further broken down into these categories: soft and hard cheeses. I’ve summarised some of the differences from this article on nutritioncarnival.com here.

Soft cheeses have more moisture, and a much shorter shelf life than hard cheeses. Moisture makes it easier for bacteria to grow. Some aged hard cheeses can even be stored at room temperature

Soft cheeses has not been aged or aged briefly, while hard cheeses are aged for weeks, months, or even years.

*These cheeses are called fresh or unripened cheeses. That’s because they aren’t aged and usually still contain some whey (removed in other types of cheeses).

HARD CHEESE is usually grated for consumption, and thus a better option for salad toppings or sprinkling onto cooked dishes. Common hard cheeses:

How to Choose the Cheese for Babies (below 1 year old)?

Things to look out for when you choose cheese for your baby or toddler:

1. Suitable Types of Cheese for Babies

According to National Health Service in England, babies can eat pasteurised full-fat cheese from 6 months old, this includes mild cheddar cheese, cottage cheese and cream cheese. The latter two is fresh from the curdling of milk, with minimum proccessing.

Cheeses vary in the level of nutrients depending on its:

For example, hard cheeses tend to be higher in calcium than soft. In addition, hard cheeses are typically lactose free, and thus good for people with lactose intolerance. Softer cheeses might still have lactose, although lactose-free versions are available.

Babies and toddlers should NOT eat:

These cheeses carry a bacteria called listeria and causes listeriosis (and other foodborne illnesses) for high risk group such as children.

According to cheeseshop.sg, “Eat only cheeses aged 12 months or more. Research shows the Listeria bacteria cannot survive more than 6 months. Hard cheeses also contain a lot less moisture (due to evaporation during the maturation period). This makes it less conducive for the bacteria to grow.”

Cheese can form part of a healthy, balanced diet for babies, however it’s best not to give varieties of cheese that’s high in sodium. Otherwise, it can make your baby’s palate more inclined to salty foods, and increase your child’s risk of obesity and developing hypertension.

For babies below 1 year old, do check the food label, and make sure the sodium is below 200mg per 100g serving. When they’re older, you can then introduced more cheeses with higher sodium level. Try to avoid super salty cheeses like Mini Baybel Swiss (570mg/100g).

Certain types of cheese have higher content of sodium and thus not suitable for younger babies. On www.nhs.uk, the maximum recommended amount of salt for babies and children is:

As a rough guide, food containing more than 0.6g (600mg) of sodium per 100g is considered to be high in salt. Hence, it’s advisable to check the food labels.

Swiss cheese (as well as ricotta cheese, goat cheese, and fresh mozzarella) are the welcome exceptions and naturally low enough in sodium to be acceptable for babies 6 months and older.

Where to Get Cheese?

In Singapore, you can find extensive range of cheese from cold storage, Fairprice Finest, from Cheese Shop.

How to Serve Cheese to a Baby

There are many ways to serve cheese to a baby. I have given it straight to JBL as snack, or put it on white bread and toast them. Next, I will probably put cheese over potatoes, cauliflower, and pasta and baked them. Or perhaps fry an omelette with cheese. I also heard from mummies who serve cheese in soups and porridges!

Soft cheeses must be refrigerated for safety. On the other hand, hard cheeses do not generally require refrigeration for safety, but they will last longer if kept refrigerated. Given Singapore’s sunny days, I think cheese is best stored in a refrigerator.

Here are the approximate storage times according to the US Department of Agriculture:

In the freezer, ricotta, cottage, and cream cheeses do not freeze well. Other cheeses may be frozen for 6 months.

It’s important for the cheese not to be cut off from air nor lose humidity and dry out. A few tips to store cheeses from cheese.com:

Disclaimer: This article is a compilation of my online research. While I made a conscientous effort to gather inforation from reliable websites and cross check the facts across different online sources, I cannot guarantee that all the information shared in this article is of 100% accuracy. If in doubt, please seek advice from a doctor, nutritionist, or a cheesemaker. 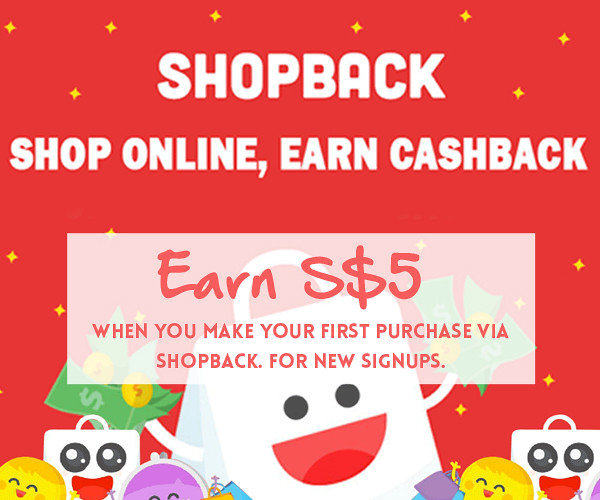